Suzi Q. Smith is a poet, mother, and activist from Denver, Colorado. She has served as the organization’s Executive Director since August 2014. Prior to serving as the Executive Director, she served for two years as the Vice President of the Executive Council. She has been an active member of Poetry Slam, Inc. since 2006, volunteering as a local slam organizer, as a competing poet, and as the Chair of the Women of the World Poetry Slam. Suzi has a B.A. in English Writing and has worked with non-profit organizations in and around Denver for fifteen years. In addition to serving as the Executive Director of Poetry Slam Inc., Suzi Q. is a teaching artist in Denver and she performs her poetry throughout the United States. 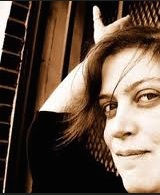 Karen Garrabrant (aka Karen G.) is a decade-plus slam manager, poet, fanatic, host, and organizer in the Atlanta area. She curated events twice for The Atlanta Queer Literary Festival, Ladyfest South and Estrofest’s  Seen + Heard Festival and served on the board of directors for the first Rock Camp For Girls’ (ATL). She is a performer, host, organizer and coach for Art Amok! and partners with the nation’s oldest feminist bookstore, Charis Books & More in running Cliterati. She’s coached ten teams to compete at the annual National Poetry Slam. She’s been an Assistant Tournament Director, volunteer and emcee for the Individual World Poetry Slam and the Tournament Director and competing poet in the Women of the World Poetry Slam. By day she works behind the book spines at Emory University’s General Library.

Maureen Benson is an educator, activist and community organizer from Oakland, CA who loves supporting organizations and events from behind the scenes.  As a former high school principal turned consultant, Maureen finds her hands in many incredible projects that support the arts, social justice and transformation in the world.  Having thrown national events for various clients since 2010, she loves engaging community in building a conference that offers learning, love and growth.  Maureen is incredibly excited to support PSi in taking the National Poetry Slam to the next level after its 25th anniversary and beyond!

Joanna Hoffman is a spoken word poet originally from Silver Spring, MD and now living in Brooklyn. She has been on five National Poetry Slam (NPS) teams. In 2006, her team performed on Finals stage and ranked 4th in the nation. In 2007, she was the DC/Baltimore Grand Slam Champion and the Individual World Poetry Slam (IWPS) representative for Baltimore. In 2011, she represented Urbana at the 2011 Women of the World Poetry Slam (WOWPS), National Poetry Slam, and Individual World Poetry Slam, placing in the top 10 at all three. In 2012, she represented Louder Arts at WOWPS, placing 4th overall, and is the Grand Slam Champion for the 2012 Urbana team. She is the 2012 Champion of Capturing Fire, the queer international poetry competition.

Her work has appeared in PANK, Union Station Magazine, Sinister Wisdom, The Legendary, decomP, Spindle and as part of the recent GirlChild Press anthology, Women’s Work and the Jewish lesbian poetry anthology Milk and Honey. Her full-length book of poetry was published by Sibling Rivalry Press in August 2013, has been nominated for a Lambda Literary Award, and is listed on the American Library Association’s Over the Rainbow list for 2013. She has also been nominated for a Pushcart Prize. When not performing poetry, she works at a non-profit organization and runs in Prospect Park.

Linette Reeman (they/them) is a poet and hot mess from the Jersey Shore. They’ve represented Loser Slam (Red Bank, NJ) at multiple regional and national slams and this is their second year representing Rowan University at the college national slam (CUPSI), where they are also pursuing a BA in history. Linette’s work has been published in places like Words Dance, great weather for MEDIA, Voicemail Poems, and forthcoming in Drunk in a Midnight Choir. They probably want to high-five you.

JESS X CHEN is a filmmaker, multi-disciplinary artist/activist and nationally-touring poet. After the Cultural Revolution, her parents immigrated from rural Nanchang, China to Canada in 1989. Her work exposes narratives of colonial trauma, diasporic love and collective protest by connecting the violences between the queer and colored body and the body of the Earth. She is a member of the Justseeds Artists Co-operative, and a facilitator of Artists Against Police Violence. A graduate of the film/animation/video program at the Rhode Island School of Design, her work has been a part of Asian American International Film Festival, The Huffington Post, Beasts of the Southern Wild, The UN Human Rights Council, and at the Asian Cinevision Diversity Screening at the New York Times. Her poetry has appeared in Nepantla: A Journal For Queer Poets of Color and is forthcoming in The Offingand The Margins. She is a recipient of the 14th Armed With a Camera Fellowship for emerging Asian-American filmmakers. She is currently developing a feature film on the Navajo Reservation. Through art, organizing and education, she is working toward a future where migrant and indigenous youth of color see themselves in stories, whole and heroic, on the big screen & then grow up to direct their own. 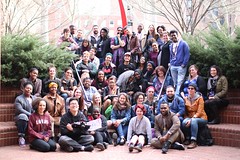 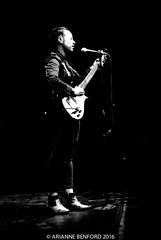 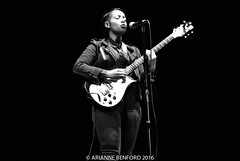 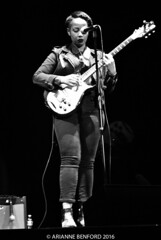 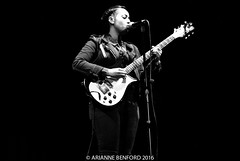